Genetic TestsInherited TraitsAthletic Performance
Physical conditioning and athletic performance are largely influenced by one's own training, coaching and diet/nutrition practices. However, there are specific genetic variations that contribute as well. Our understanding of the influence of genetics on athletic ability and performance was initially noted in genetic studies of elite athletes, and has been confirmed in larger studies of athletes that excel in certain types of sports and events. Knowledge of an individual's genetic variants that are relevant to athletic ability may allow choosing sports (or field positions within a sport) in which the individual is more likely to excel.  Importantly, this genetic information may facilitate design of optimal training regimes.

Below are described genetic tests currently offered by Genomic Express. Additional tests will be offered in the future. Please contact us if you would like to learn more about these developments at Genomic Express.

Would you like to know whether you have a genetic advantage in either athletic power or endurance events?  These two types of activities utilize muscles differently, and genetic testing can tell you where you have an advantage.  This knowledge will help you focus on sports, events and/or field postions where you have a genetic advantage and therefore may excel.  Importantly, this knowledge can enable you to optimize your training program and athletic performance based on your natural ability.

The major protein components of skeletal muscle (the type of muscle associated with voluntary movement) are actin and myosin. There are also minor proteins, termed actinins, that bind to actin. The ACTN3 gene encodes one of these actinins, and there is a variation that is very common in the general population. There are no known adverse effects of the mutant form of ACTN3, even in individuals who are homozygous (both genes variant). However, genetic studies in elite athletes have demonstrated that certain ACTN3 genotypes are associated with either superior power or superior endurance ability.

By knowing your ACTN3 genotype, you can optimize your approach to athletic training and sports based on your natural advantage.  You will know whether your muscle fiber composition gives you an advantage in power or endurance.  Let Genomic Express help you learn more about your own genetics in order to choose an optimal approach to sports and athletic training.  Additional Information:

Variations in another gene have also been associated with athletic performance. The ACE gene encodes the angiotensin I converting enzyme, a key regulator of cardiovascular function. There are two different versions of this gene, each of which is common in the general population. Like the ACTN3 gene (above), certain genotypes at the ACE locus appear to be associated with superior ability in certain types of athletic performance.  Individuals with the ACE I version of the gene have better endurance.  Recent research has clarified the physiological mechanisms underlying these genetic effects .  Based on these scientific studies, Genomic Express has developed and validated the ACE genetic test for athletic performance.

By testing with Genomic Express, you can learn the genotype of your ACE locus. Your comprehensive test result and report will include a thorough review of how your genotype affects athletic performance.  This information will allow you to implement an optimal approach to sports and athletic training.  Additional Information:

Purchase both tests and receive a 30% discount. 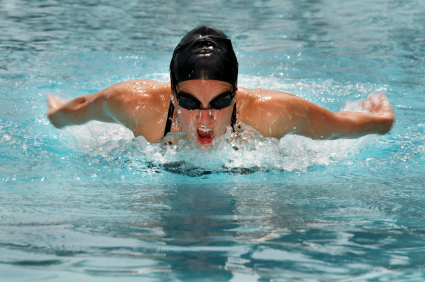 2.  Collection kit sent to you.

3. Rub inside of your mouth using the sterile cotton swabs.Return to our laboratory in the postage-paid envelope.

4. Genetic test will be performed in our CLIA-certified laboratory.

5. Test result will be posted to your personal and secure online account (generally 3-7 business days after receipt of swabs in laboratory).