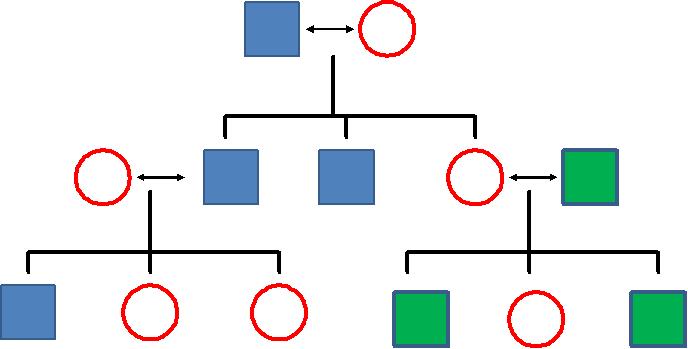 In addition to the DNA present in our chromosomes, most cells in our body have a structure outside the nucleus termed mitochondria. Mitochondria have their own genome which is called mitochondrial DNA (or mtDNA). The eggs of females have mitochondria whereas the sperm of males do not contain any mitochondria. Therefore, analysis of mtDNA yields information about maternal lineages. The diagram below depicts maternal inheritance of mt DNA. 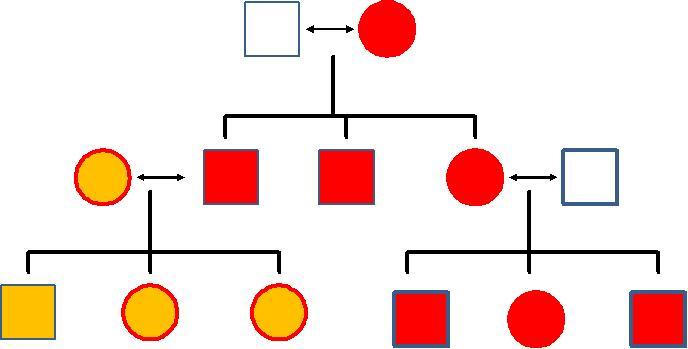 The children in the first generation (two boys and one girl) all inherit mtDNA from their mother at the top of the diagram (red color). The daughter in this first generation has three children with an unrelated man (on right). All of her children (two boys and one girl) inherit mtDNA from her which is the same as their maternal grandmother (their mother's mother). One of her brothers has three children with an unrelated woman (on left). All three of these children (two daughters and one son) inherit mitochondrial DNA from their mother (orange color), which is different from that of their three cousins. Analysis of mitocondrial DNA can thus trace direct maternal lineages.

Ancestry genetic tests take advantage of these two types of cellular DNA. Various methods analyze DNA in the Y chromosome of males which is paternally derived (inherited exclusively from fathers), or DNA in mitochondria which is maternally derived. The DNA sequence in certain regions of each of these chromosomes is determined and compared to various databases. These databases contain DNA sequence information generated from many people of different ethnicities and from different geographic regions of the world. By comparison of your DNA sequences with these databases, conclusions may be derived about your ancestry and genealogy.